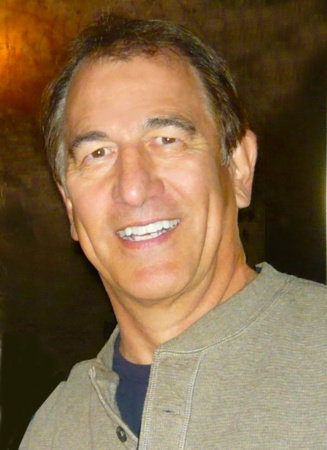 David A. Aguilar is the past Director of Science Information and Public Outreach at the Harvard-Smithsonian Center for Astrophysics in Cambridge, Mass. A naturalist, astronomer, author and space artist, David’s expertise lies in his enlightening ability to communicate science. He is past Director of Fiske Planetarium and Science Center and the founder of the Science Discovery Program at University of Colorado Boulder; past Marketing Communications Director at Ball Aerospace and Technologies Corporation where he was member of the Hubble Space Telescope repair team; past Marketing Director for PBS’s Emmy-winning 7-part NOVA series, Evolution. While a Harvard he was also the popular host of “Observatory Nights” and “Everything I Know About Science – I Learned At The Movies!” available on YouTube. In 2015, he directed the NASA’s New Horizons Mission special media team during the fly-by close encounter of Pluto.

He is author and illustrator of seven National Geographic books on astronomy including “ALIEN WORLDS”- a look at how bizarre alien life may be throughout the Universe and his latest new Random House book “Cosmic Catastrophes “ – 7 Ways to Destroy a Planet Like Earth – available spring of 2016.

He is a Premier Smithsonian enrichment lecturer and a Harvard Alumni Travels study leader. Some of his past study tours include: Astronomy from the Chilean Andes, Astronomy of Hawaii, The Underwater Worlds of Tahiti and French Polynesia, Exploring the Amazon, African Safari, Discovering Alaska, Iceland – Land of Ice and Fire, Mysteries of Machu Picchu and Easter Island, Voyage to Antarctica, Inside the Russian Space Program-a journey to Kazakhstan for the launch of cosmonauts to the International Space Station, In The Footsteps of Galileo, Around the World by Private Jet, Iceland – Aurora Expedition, Exploring the Emerald British Isles, Treasures of Mystical India, and Arizona Astronomy.

He is also has the added distinction of being a 2008 Grammy nominated song writer and musician. In 2010, ASTEROID 1990DA was named in honor of his exceptional educational outreach efforts.Today, David and wife Shirley reside under the very starry skies outside of Aspen, CO.